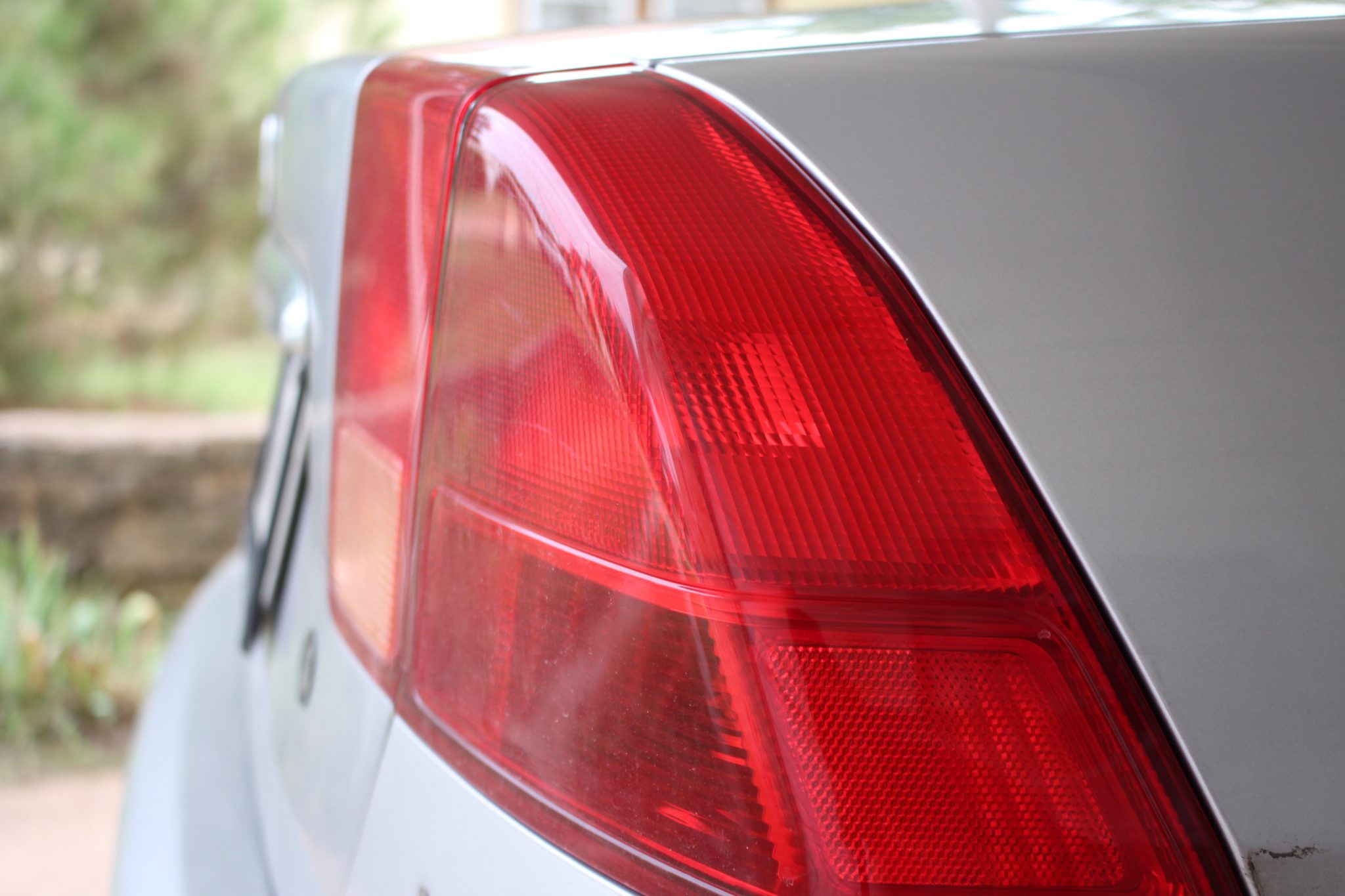 Change can be sudden and heartbreaking, a death or a divorce. When we need real and last transformation, it comes as a slow change.

Driving on country roads has required me to change as a driver. It is common to swerve and slam on the brakes in order to avoid the wildlife. I remember one such occasion many months ago when we almost hit a deer. That’s pretty common on country roads, but this time I felt it was a closer call than others. This deer emerged from our left side, and it seemed inevitable we would collide as it leaped across the highway. In a rare moment of good instinctual driving, I steered into the opposite lane and pumped on the brakes. It turned out to be the correct choice. We just missed the deer by two or three feet. If I had not swerved and hit the brakes, we would have crashed for sure.

Driving in All the Wrong Ways

Frankly, as a new driver all those years ago I was just plain bad at driving, plus I was not responsible for keeping everything up to date. My dad loves to tell about the time he was teaching me to drive a stick shift on a country road, and I ran over a culvert. In addition, in my teens and early twenties, innumerable officers pulled me over for such offenses as an illegal u-turn, outdated stickers, suspicion of drunk driving (my dad sat in the back seat laughing on that one), and broken headlights.

For a period of time, I kept track of each incident; however, after I hit the tenth time, shame relegated me to a silent offender, and the current total will remain forever locked in that part of my mind which loses keys and forgets student names.

Perhaps not shockingly, I was also in several fender benders as a young driver. I had two at sixteen, and the number grew from there. The majority of these smash-ups were not my fault, but some were, and I definitely had little concept of defensive driving.

After a few years, significant periods of time passed between each incident; however, I imagine I was a hindrance to all the drivers in the Metroplex during as late as the 2000s. Of course, my record at that time was not quite so dismal as I remember, being neither stopped by a police officer nor having a fender bender.

Well, except there was the ice storm of 2007 when I was subjected to someone else’s bad driving habits. The news media misreported, claiming Dallas ISD was canceling classes despite no official release by school officials. Confusion ensued until Dallas administrators became so irate at the whole situation they simply refused to cancel school and informed teachers that anyone who did not report to work would be docked a day.

I hurriedly packed up and headed down the nearly vacant freeway. The ice was terrible! After a slow trek and some 30 miles, I eked my way to within a quarter mile of the exit to my southeast Dallas school. It was then that a driver without insurance spun out on an overpass right next to me. As he came into my lane, his van hit my compact car which spun, hit the guardrail, and came to a stop facing the opposite direction. You should have seen the guy’s face as I emerged unharmed from the car but also revealing my very pregnant belly. Still, makes me chuckle. . .

Back to that deer. With my abysmal driving record, it should come as no shock that I am both pleased and mildly surprised I missed it.

In my youth, I would have panicked, either jerking the wheel or skidding. Instead, I remained calm despite the adrenaline pumping and my kids yelling.

I suppose also there is what some call luck and others claim as providence. At some point, when speed and timing create inevitability, then no amount of cool-headed maneuvering will stop a car from hitting a deer.

Perhaps one could say it was grace then. And yet, skill was involved, what little I possess did appear to help. It may be the case that even someone appallingly terrible at driving can gather enough practice to improve. At 40, I finally have more good years of driving than I do of bad. Over time, even my driving habits improve.

In a moment of concentration, I saw the deer quickly. Now that we live many miles from proper civilization, we must journey through miles of farmland and cattle country no matter what our destination. I consciously scan the horizon for potential kamikazes. If it is dusk and I’m tired, I ask the boys to help me keep watch. We have had so many near misses that I have actually gained good experience driving or rather missing obstructions in the road.

I started to think about what a wonderful example this is of tacit knowledge, the kind that helps you ride a bike. If you try to explain how to ride a bike, well, it’s just not the same as getting on it and doing it and someone watching you while you do it. “See, this is how you do it.” Seeing and doing do what words cannot. That’s what much of life is: creating habits by seeing and then doing.

Unlike bike riding, learning much in life through habit bears little fruit at first. You might not even know a change has taken place. Tried and true habit-building, the ways of monks and elite entrepreneurs and Olympic athletes, urges us to feel as if nothing is making a difference when in actuality the minuscule moves mountains over time.

An athlete examines film looking for microscopic areas to improve and tweaks work-outs until over many months he might see a tiny percentage increase in batting average or a half-second improvement in speed. An elite businessman creates a 15-minute scheduler, fine-tuning his time and encounters until over months and years he meets his goals. A monastic likely practices the most obscure habits, creating a subtle mix of generosity and self-effacement with results only understood behind the veil separating us and the kingdom.

I think often of how much I want to transform parts of myself, how much I long to conquer a particularly stubborn sin or learn a new skill. And yet, change is slow and painful with starts and stops and veers and u-turns.  None of this transformation happens without the grace of God, and strangely, I also can’t just sit on my couch and get much done either.

The Allure of Perfectionism

In my younger days, I thought any effort on my part meant I was a failure. Shouldn’t I know this without trying too hard? This is often the hazard of naturally doing well in school. Work and risk are relegated as unmentionable. They would reveal I am fraud. Others might see me fail. Worse still was a subtle belief that effort always meant works-salvation and as a good Baptist girl that was a big no-no.

Using “grace” as a cover, I sabotaged myself continually. It was always some version of to be perfect is to never have to try, or if I strive, I must not trust God.

All of life was swept up in this magical formula. Olympic athletes are born, billionaires are destined for such, and monks are born holy. Or, at least, following my logic, that would be how humans excel. It sounds more like hocus-pocus than grace.

The Habits of Grace

In a way I was right. All life is swept up in a formula for change. It is adherence to the humble and the good fulfilled through everyday acts much more often than one big moment. These days if someone were to see all my efforts, they might ask me if I think I’m working for heaven. I say this, “Well, the Holy Spirit is moving in me, and it sure feels like work.”

It is methodic and even dreary waking up at 4:30 am to write or washing pots and pans or teaching a Sunday School class or walking at lunch or hauling kids to football practice or smiling and practicing patience with a student when I’d like to do something else entirely.

These activities all involve suppression or denial of passions, and in this culture, folks are taken aback by any hint of self-denial. “Oh, I should be able to be me, everyone else be damned!” Um, no. “Being myself” is highly overrated as it involves selfishness and sloth and greed and . . . I can confirm that “being me” regularly involves all that and a few hundred other sins.

The above list of daily “habits” is really boring. No heroics on my watch. I wish I could avoid the daily monotony, and I do poorly at this thing called life; therefore, the changes are gradual and of the two steps forward, one step back variety.

Herculean efforts are not my forte, so I am glad in middle age to the discover the truth about real change. At some point, tiny habits carried along in the vehicle of time and powered by God really and truly transform. It gives me hope. The deer should be less scared as well.