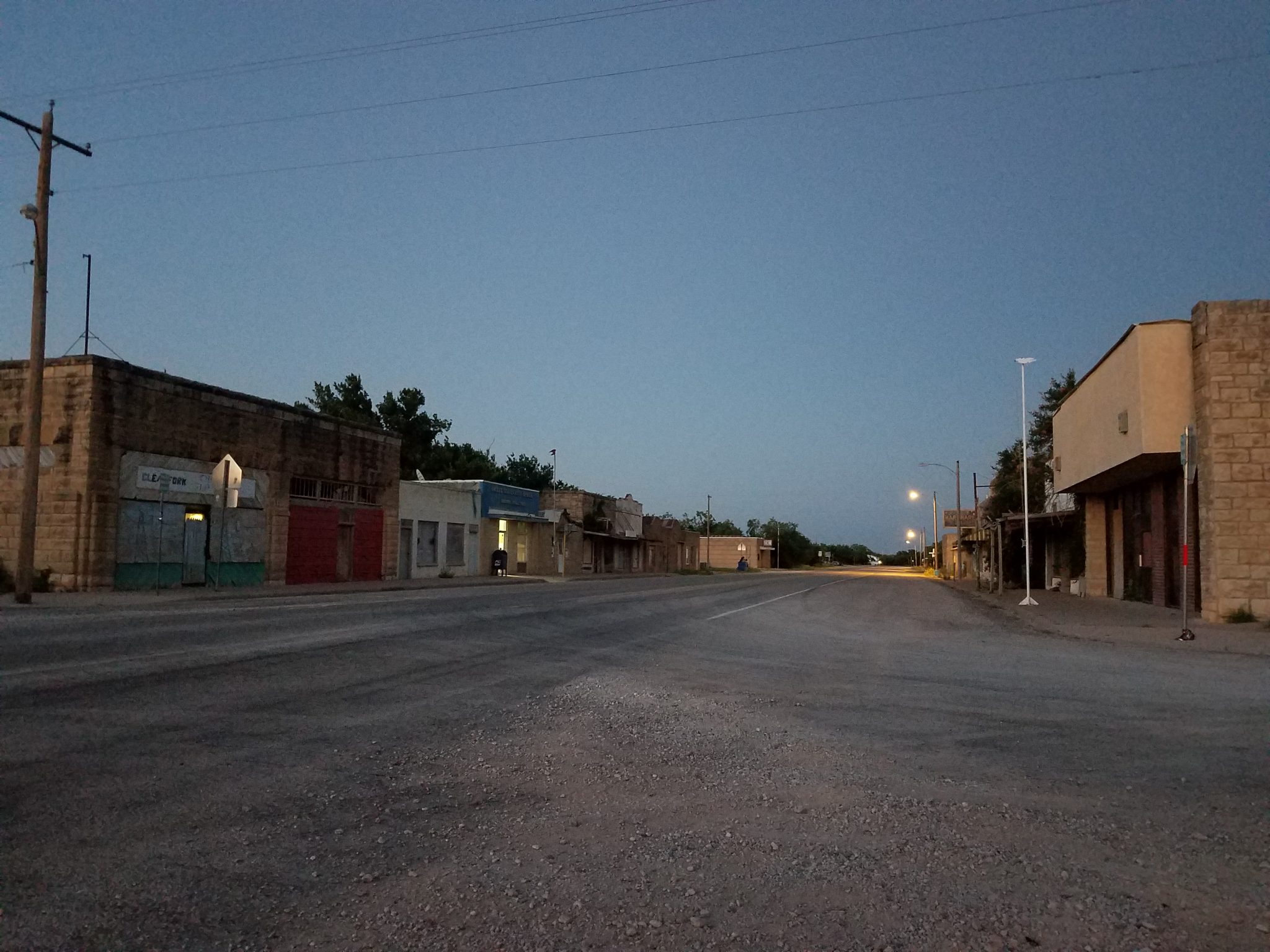 My mind has been dwelling on sins and habits, especially anger and procrastination. I’ve also had these two stories running in my brain for weeks now. The first was from long ago, a high school project I procrastinated on. The other story occurred just a few weeks ago, an angry fight in the car.

The Force of Story

Of course, really they are just memories. Most of the time memories exist as short blurbs and fuzzy images in our minds. Then, at some point, maybe right when they happen but more often as time passes, we assign them “story” status. They take on the arc of a full-blown drama. We may recreate these stories in our minds by appointing villains and heroes and designating climaxes and resolutions.

Perhaps we have a problem recognizing the reality of the situation, so we just fantasize about what happened. Or, perhaps we discern a need to clarify and define because this moment changed something or it revealed something about us and our true selves, our deepest hearts. The really deep down true person needs a story to make it through to the other side.

And so, I have these two memories that became stories in my mind, and they triggered something in my heart. I kept trying to force these two anecdotes into the same blog post, a contemporary version of the personal essay. How in the world could I put two memories, one of anger and the other of procrastination in the same space? What in the world was my brain trying to say?

And then finally I realized you could not separate these two sins of mine: rage and sloth. Forever they have haunted me, and to my everlasting horror, they now stalk my children. Sin is a creepy thing, but it loses just a little of its power when we realize what fuels it.

The Fruits of Procrastination

My mom would have assumed I was a worthy brag on social media up until my sophomore year in high school. That was when my true rebellious procrastinator queen personality hit Ms. Snow’s World History class.

In the fall, she valiantly assigned an election project. It was 1996—Clinton v. Dole. The checklist of requirements for what was to be included staggered the mind. Most of us turned in massive hand-written binders with essays, photos, news articles, and political data.

Did I work on it ahead of time? No, I stayed up until 3 a.m. finishing up that bad boy. My mom imagined that her responsible (ahem) teenager had been put upon by her overeager teacher. So, of course, she questioned Ms. Snow at the next Parent’s Night.

I will never forget the burn I felt when Ms. Snow turned to look at me after my mom’s inquisition. It’s the look I give my students when I know that they know they’ve been irresponsible. Bless my soul, Ms. Snow calmly explained that I had chosen to delay my work, and that’s why I had to stay up until the wee hours of the morning.

Anger: The Fuel to Procrastination

Now there is sloth and there is procrastination. The latter is my real demon. I can get stuff done with the best of them. However, most of the time I am too mad that I have to do it. Then I put it off. I am mad because of this task that I, or more dreadfully, someone else thinks needs to be done. I am selfish, and I don’t want to be imposed on, even by myself. I know, it is a convoluted mess that I weave.

Now it has taken a lifetime to figure out that my procrastination is so often fueled by anger. I fear losing myself and my projects to other required duties, and that just ticks me off. Did I mention I also realize this is selfish?

And, that leads me to my boys and their fights. They are doozies. I seldom fought physically with my sister, but these guys are brothers, and they feel the need for a real tussle now and then. The frightening part is the anger rolling off them. The other equally frightening aspect is that I put off sitting them down and talking about this stuff. I just keep thinking it’s a phase. Anger meet procrastination.

And it blew up in my face. Some weeks ago, the boys and I were heading home from a rather crazy, long, and unexpected road trip to a funeral. I resolved we would use no screens in the car. That was the first crazy part.

While traveling south on I-820 over Lake Worth, the boys started fighting. My oldest contends we were not over the lake at that point. He says it as if it makes a difference as to the seriousness of what happened next. I was the one driving, the only adult as well as the only semi-sane person at the time, so we’ll stick with my version.

The culprit to our near demise sat between the boys, a giant army-style backpack touching one brother who appeared to object to its proximity. It was a disagreement of the typical “He’s touching me” kind.

Words were exchanged. Then a shove, and then the real fun started. I yelled, and they ignored. Fingers grabbed flesh, an empty cup sailed into the passenger seat, and fists flew at faces.

Then the crazy-o-meter topped out when the youngest combatant brought his feet up from the floorboard. He literally became an animal on his back flailing away with his legs. I hollered to remind him that we don’t kick in the car. Granted, it was already a weird addition to my arsenal of things I never thought I’d say as a parent. I kind of thought that one was a given. Sigh.

Suddenly, the oldest could not sit for it anymore and rose up out of his seat. Now I glanced back to see the look in his eyes, and I knew all hope was lost. I knew that kind of anger and nothing good was about to come from it. In a moment of pure madness, I reached back with one hand and seized him by the shirt and yanked his hundred-plus pound body halfway out of the backseat. Never once did I leave my lane and only slowed down a fraction. No matter, an air of derangement flooded the car.

At that instant, I found the nearest exit. I drove the car into the first parking lot I saw, a baptist church. God is not short on humor, it seems. Perhaps a minister peered out his office window to see an adrenaline-filled, lunatic woman open all four car doors and throw all offending cups and bags onto the asphalt. I do not have the memory to quote what I said. It was something about fighting, fatalities, fear, and freeways. We each could have won an award for totally inappropriate behavior.

This fight was not the first in that backseat. There was the fight the day before while driving from the funeral home to the cemetery. I gave a speech at that point about solemnity and honoring the dead.

Then, there was an hour-long disagreement about what to watch on television earlier that morning before we headed back home. In that case, a physical brawl began. This time they worked out there differences and even played ball on the lawn before we had to go. I admit to not understanding the dynamics of how the male half of the population can so easily slide along the ebb and flow of violence and camaraderie.

Despite the moments when they got along, those were not the only fights in the weeks preceding. We’re on a bad run, and I’m having to pull out the big guns—no screens all weekend on any occasion when the brawls turn savage.

In a moment of desperation after the fight on that fateful drive home, I remembered the book on sibling rivalry I had used a credit to purchase as an audiobook. I had procrastinated once again and had stopped reading thinking things would just work out. In the silent aftermath that followed this most recent fracas, I pushed play on my phone. No one said a word, as the very topic we needed, reverberated through the speakers: The narrator pronounced the chapter’s title, “When the Kids Fight.”

As if I was revealing secrets from the inner sanctum and this was their only chance to be in the know, the boys listened. And then, one by one we laughed. The author told tales of siblings fighting from all types of families. Suddenly, we were not alone and we didn’t feel so crazy.

After the author quoted a particularly exasperated mom, one of the boys piped up, “That sounds like something Mom would say.” The story of two brothers who stood poised to hit each other with a wooden block and a bat really caught their attention. “Hey, that could be us.” Oh, dear.

The Back & Forth of Anger & Procrastination

My little family of three is rough all the way around, and we will never be what I had hoped. Even still, in that instant, the birds sang and peace filled our hearts. My procrastinating tendencies gave way, and we worked just a little on our anger.

I have friends from the past who now blog and they write about theology, even the names of God, and other such noble endeavors. My writing here shall never be so worthy.

I stand in the middle of fighting boys, I lose my temper, I grapple to retain sanity. I put off the important talks and the necessary tasks. I just write because it feels right. I write because that means I’m not procrastinating on the deep stuff. It means I can purge and refine. The anger fades, and I take baby steps in the right direction.

Self-Knowledge: From Death to Life

Perhaps many of us could use some time to examine a couple of sins or maybe three or four that no one would ever think of as being related only to find that connections exist from one sin to the next. Working on anger for me requires dealing with my procrastination and vice versa. It doesn’t make sense on the surface, but when I peel back the layers it feels as if it has always been that way.

If you think about it, all sins stem from the one sin. We often think of the original sin as the ultimate pride, the belief that I am my own god. And, that is true enough. Yet, I find there is a deeper truth and that sin is actually death. That’s not too revelatory in the sense that the bible even equates sin and death. On the other hand, it can be pretty earth-shattering. Always remember that turning from God is death. If He is Life, then any turn away from him is a type of dying.

It feels like death when I finally face my anger and procrastination, but the real death comes when I don’t deal with it. I have to die not to die. And, He lives so I can rise again.