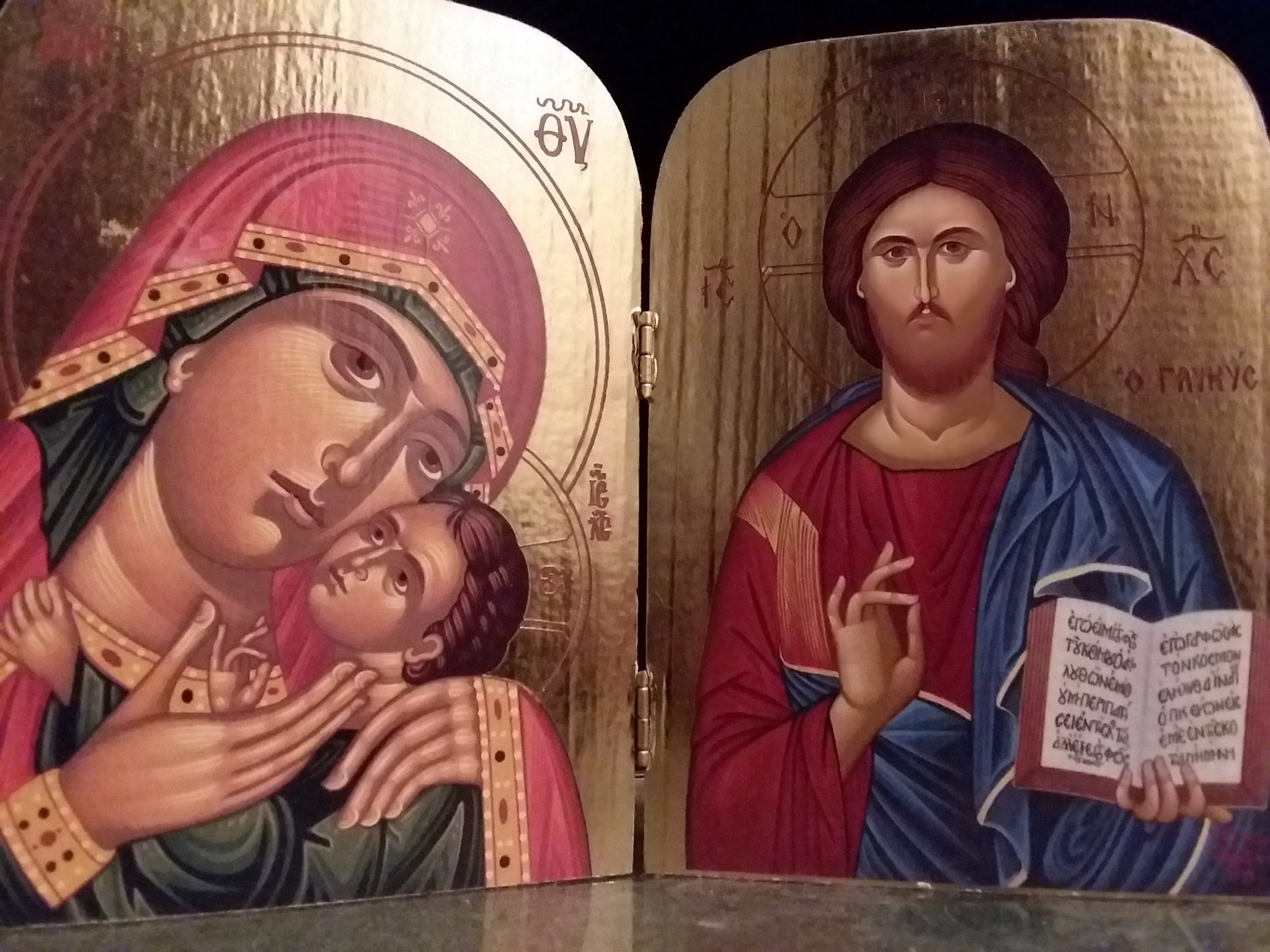 Rejoice, from the beginning and to the end and thus forever, He is Risen. Oh, I long to sing the Paschal hymn, “Christ is risen from the dead, trampling down death by death, and upon those in the tombs bestowing life!”

In the Orthodox world this year, we are one week behind the Western Church. When you celebrated Easter, we were waving palms at his entrance into Jerusalem. And so it is now Holy Week for us. The services are daily and long. An individualist, former Southern Baptist such as myself finds it beyond what I could have envisioned. Asceticism takes on a whole new meaning.

The World of Orthodox

I have been Orthodox for eight years now. I cannot imagine another way to do church – as the saying goes. That doesn’t mean things are easy. The best is often the most difficult. On a Sunday in the recent past, I was struggling to get our little family to church. My oldest son asked if maybe we should go to another church. I told him that if we weren’t Orthodox, then there was no alternative. Though I have never told him about my journey before he was born, he nodded his head. He knew what I meant. Orthodox or bust.

On the other hand, I will say again that being Orthodox has not been easy. We serve as we are able, and sin has played too big a role in that ability. As such, my boys and I have done less this year than ever for Lent. We fasted but the prayers and services fell by the wayside. In the Orthodox world, this is known as a demon fast. One should never practice denial without the reality of God and His people. Temptation has found me weak. And so now, Holy Week seems like a far-fetched dream from another world.

Being Orthodox is an odd thing in America. And, I am way too American. For Lent, we Orthodox are to fast from meat, fish, and dairy on all days (except Palm Sunday), and we also fast from oil and wine on all days but Saturday and Sunday.

As my father likes to ask, why fast from that? Well, we practice what was done from the days of old in the Christian world of the Middle East. I personally have nothing more than that as an explanation. Anyone can look it up and read. When someone asks, that is what I say. If they truly want to know more, I know they will look it up and do their own reading. That’s what I did when I was serious about the Orthodox Church.

Strangely, or perhaps not so strangely, I have found myself arguing with God about Lent this year. I know my arguments are more rebellion than real seeking, so I have mostly ignored myself.

What I have not ignored is an underlying truth. When my grandmother died in July of 2017, I began a long period of mourning, and now finally a year and a half later, that time has not ended, but it has eased. I miss her and my grandfather, but I can breathe now. When I use one of their forks I inherited or gaze at a photo on my fridge, I pause for a prayer, and I smile. They wanted us to live, and so I do.

As such, Lent has felt like overkill this spring. The Church has traditions and, for me, they make sense on an intellectual level. However, I am a human who is living in 21st century Texas and who has cried and fasted in a way that went beyond the practice of my tiny parish.

Our St Luke is a beloved little church, and yet, I have felt estranged. When our church calendar called for a feast, I found myself grieving. And now, in the Great Fast, I am simply done. This year self-denial feels like an overdose no matter how much I read from Scripture or the Fathers. Ashamedly, that has meant I simply just quit a little bit at a time. I have found myself avoiding services and wondering what it was all about in the end.

And in that vein, I am also realizing that I cannot be a single mom living in the country and working a full-time job without saying no sometimes . . . That’s not strong enough. I need to say no a lot. Apparently, I seem reasonably amenable and competent, so in general, people expect quite a bit from me. That just needs to end.

I am a mediocre mother and an average teacher. And that is the case only when I am really concentrating. How the hell does it matter that I am smart and seemingly competent? Intelligence does not eliminate my responsibilities or my sins. Adding much else is beyond what I know how to handle. Maybe I should take on more, but the world of “should” leads to hell and then some. Should is just crap. I am done with it.

The Myth of Progress

I have tried productivity gurus and their calendars and checklists, but that stuff only gets a woman so far. What happens when the list just keeps stretching on for days and days?

Progress is a modern notion created by demons. Progress? I tell you what “progress” is for me. I make my bed and wash the dishes every day, I show up to teach and worry about kids who aren’t my own, and I come home to feed kids who deserve more than what I give. If anyone or anything gets my attention after that then it is a miracle, pure and simple. Mercy wears strange clothes.

And that leads me again to this Holy Week. I won’t be attending the number of services I have in years past. I have a job and a home many miles away. I am accepting that now.

In the end, I anticipate Pascha more than I ever have before as an Orthodox Christian. The Great Passover, the ending of death and the beginning of union with Him . . . that is all I can see now.

Lent has dragged on until I am numb. My mind knows what joy the practices of Lent can bring, but I cannot find it this year. I have learned that the seasons of a person do not match the seasons of the world or the Church. And yet, I will submit to the Fast, and I will wait. Yes, I will wait until I hear St. John Chrysostom’s Paschal homily given every year at His Resurrection service:

“And he shows mercy upon the last, and cares for the first; and to the one he gives, and upon the other he bestows gifts. And he both accepts the deeds, and welcomes the intention, and honors the acts and praises the offering. Wherefore, enter you all into the joy of your Lord; and receive your reward, both the first, and likewise the second. You rich and poor together, hold high festival. You sober and you heedless, honor the day. Rejoice today, both you who have fasted and you who have disregarded the fast. The table is full-laden; feast ye all sumptuously. The calf is fatted; let no one go hungry away.”

Glory be to God here, now, and forever. He is risen, rejoice!